In India’s energy basket, solar power is gaining a more substantial share and recorded as the fastest developing industry. It is leading a solar revolution. Right from solar-powered cities to solar-powered buses, around 1.3 billion people residing in India has almost unveiled everything related to the solar power system. In the preceding year, the experiment of solar-powered train coaches was fully operative. Due to which India’s diesel-guzzling railways is now having an entire terminal operated on renewable energy.

Talking about the projects of Northeast railway station, solar power project considered as a worthy lesson in environmental awareness. In April 2017, the solar power project in Guwahati – the heart of the city was launched to meet the power needs of the entire terminal. According to the Northeast Frontier Railways (NFR) Pranav Jyoti Sharma, a few months back, the whole railway station was set up with LED lights, which resulted in less power consumption by 100kWh. This was just a part towards the saving power energy initiated using more energy-efficient LED lights and replacing the power consuming lights. 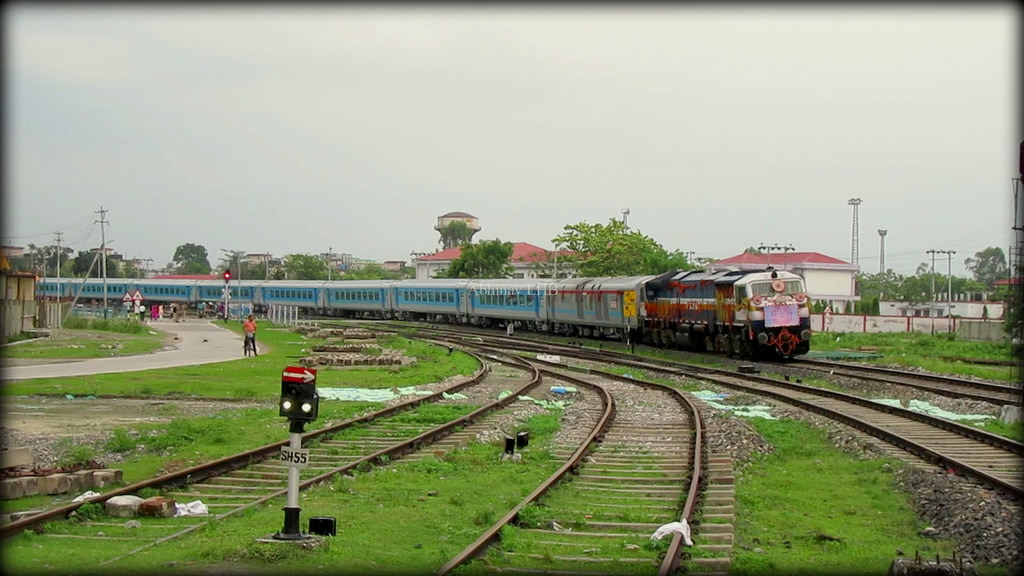 As per the report by Financial Express Online, in the previous month, more than 2,500 solar modules were installed in the station to prevent around 600,000 kilograms of carbon dioxide from entering the atmosphere. In the capital city of Assam, Guwahati railway station is the first to be entirely solar- powered in the country. To know a little insight about the station, it every day handles around 2000 passengers which is a significant railway thoroughfare in India’s northeastern region

In April 2017, Guwahati railway station building has grid-connected rooftop solar panels of 700 kilowatts (0.7 megawatts) capacity catering the need of electricity of the railway colony area, station and the coach depot as per the Northeast Frontier Railway, an arm of the Indian Railways. Taking a glance at the power generated, the plant has produced around 7, 96,669 KWh power between 12th April 2017 and 10th May 2018. Whereas, the daily average output was around 2,048 KWh. As a result, this installed rooftop solar panel will help the railway network to save electricity worth INR 67.7 lakhs per year.

Central Electronics – a state-run engineering company, had executed INR 6.7 crore which is around $1 million in the project. A subsidiary of the Indian Railways Container Corporation of India (CONCOR) has financed this project.

Currently, the Indian Railways is one of the largest consumers of diesel and electricity. In the fiscal year 2016, it had spent 18% of its operational expenses or around INR 31000 crore on fuel. Therefore, for a few years now the state-run transportation network has been taking steps to transition to renewable energy, to bring down the escalating fuel bill.

These panels powered information display systems inside and basic electricity such as lights and fans. Moreover, the railways estimate that each train with six solar-powered coaches used for local transit in New Delhi saved around 21,000 litres of diesel every year which is worth around INR 12 lakh. Hence, in India, multiple other railway stations in small towns such as Jaipur, Mangaluru, Thiruvananthapuram, are also partially powered by solar and wind energy.

SaveGeo is a turnkey solar EPC solutions provider based in India, offers comprehensive services for asset owners who wish to clinch on solar energy solutions. Taking Rooftop solution activities into serious consideration, you can transform your rooftop into a solar power plant which is an excellent source of solar energy, for both residential and commercial clients.