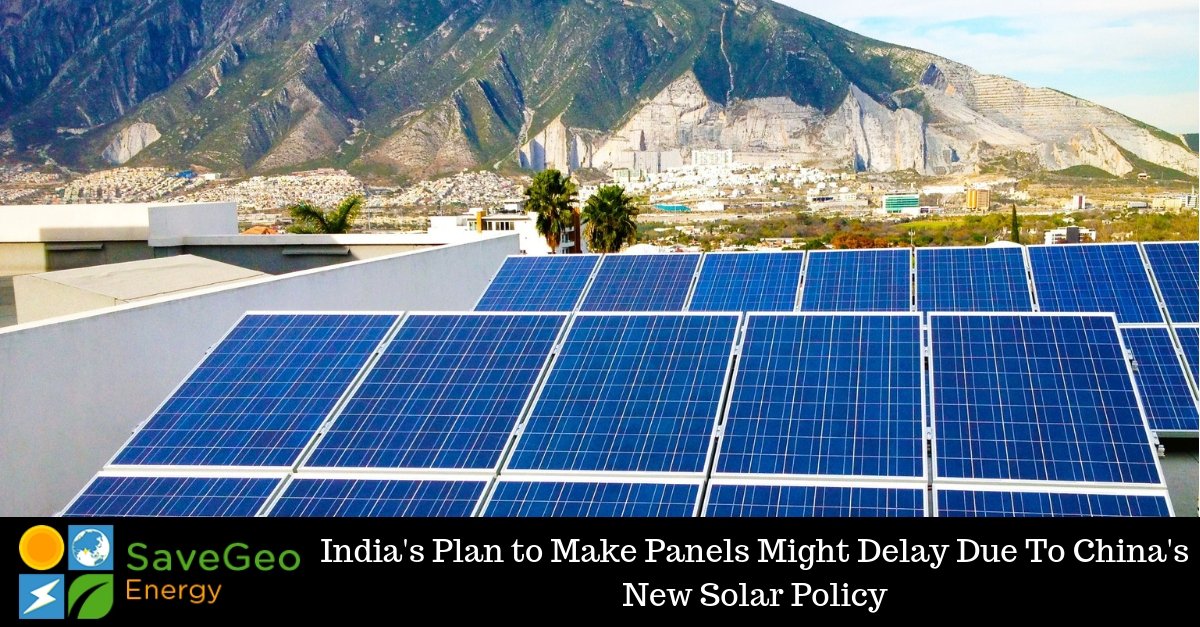 Over the last decade, China became the world’s largest solar equipment manufacturer by creating manufacturing scale. As the world’s leading solar installer, the demand for solar components has been declined, due to China’s new solar power system policy. According to the plan, it terminates approvals for new subsidized utility-scale PV power stations. After gaining such a mantle, reducing its green energy targets is most likely to mitigate solar module prices further globally.

In 2016 the cost of growing subsidy for solar in China stood at USD 15.6 billion. However, to stop the economic haemorrhage, the Government of China was led to diminishing its energy targets, failing to pay out these sums. In addition to this, the internal market of China will now flood the global market at a much lower price, due to the massive volume of solar modules manufactured in the country. According to the latest study report, the current estimation suggested that the component prices of the solar power system will significantly drop from 32 percent to 36 percent and in future, it is expected to further decline by 10 to 15 percent.

Thus, domestic solar power manufacturers will push out of the market due to the uncontrollable price drop. Resulting in a threat to the local manufacturing market making solar energy reliance dream unviable.

India is still dependent on foreign suppliers instead of manufacturing its ecosystem. To look at, more than 85% of solar modules is being imported by India from China. But the nation has a growing and evolving solar module manufacturing industry, where due to consistent module imports it has been facing the challenges.

According to the recent study, in the financial year 2014-15, India had imported approximately 161.5 million solar panels amounting to almost USD 821 million cost. Looking at the fiscal year 2015-16 the expenditure hurdled up to USD 1.3 billion, whereas India in the fiscal year 2016-17 spent USD 3.1 billion in solar equipment imports, which is around 35 times more in comparison to India’s solar equipment export. However, looking at the current financial year 2017-18, the expenditure mounted at USD 3.8 billion promising to rise in later years.

In the special economic zones in India, the imposed Safeguard Duty on solar cells and modules manufactured has become a threat to deal a damaging blow to the industry, due to the most recent solar power system policy implementation. The domestic solar panel manufacturers of India will certainly drive out of the industry, with the drop of solar module prices from 32 percent to 36 percent, due to China’s new solar energy policy. Therefore, to save the dream of solar energy reliance, promising solar industries like India need protection from incoming influx of cheap solar modules from China.

Gaining reliance on energy must be India’s priority, as it supports towards green energy transition is powered by the dream to develop a better industrial, economic and social structure. As a result, the only way to control the solar energy future within a country is to protect the domestic solar power manufacturing industry. However, to create a favorable environment for solar growth, increasing imports and policies like safeguard duty that target domestic manufacturing must be modified. The Indian solar power sector has become susceptible to the incoming module oversupply issue, as the dependence on Chinese suppliers has limited domestic manufacturing growth. Hence, soon all this or similar problems that surface must be averted, to the prioritized domestic solar manufacturing industry.