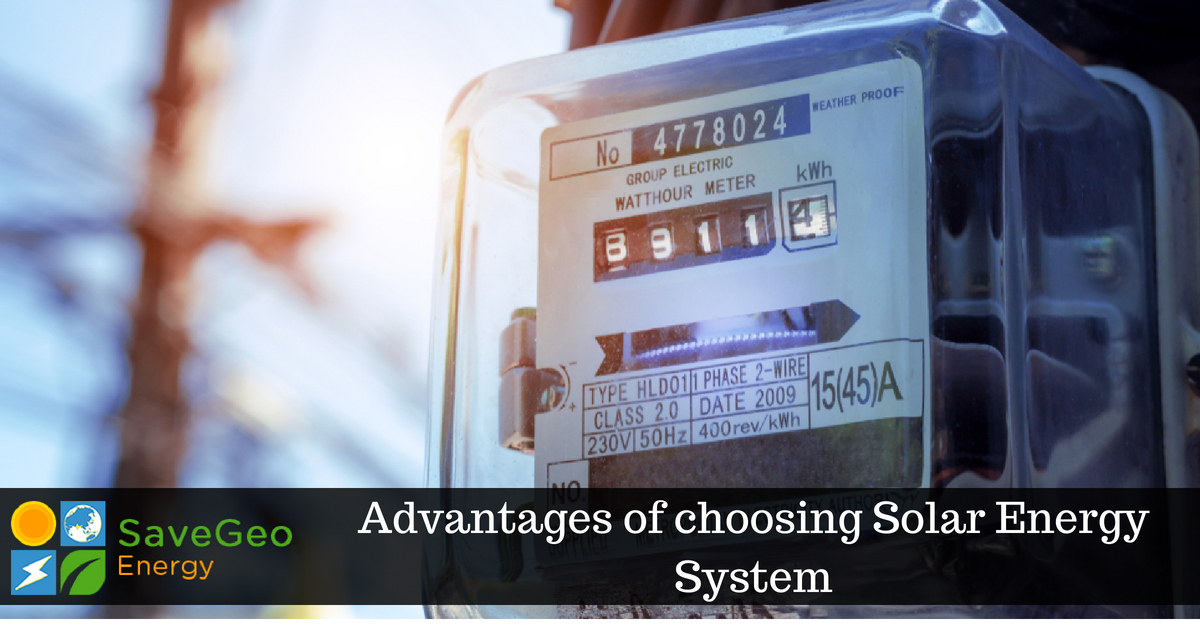 India which is known as a ‘sunshine country’ is an ideal country for solar energy, experiencing 300 days of sunlight. Where we are fortunate to have sun rays shining upon us each day, countries in Europe and other parts of the world look forward to seeing the sun. Indeed, for the solar power System, sun rays are the essential criteria, having numerous benefits. Apart from being eco-friendly, this renewable energy is cost-effective and safe.

As we are aware of the condition of supply power in most parts of India and the rise in scheduled and unscheduled power cuts, many people have shown their interest in using electricity generated through alternate sources. In 2010, Government of India had launched Jawaharlal Nehru National Solar Mission, to promote electricity generation using solar energy. The objective behind this mission was to achieve large-scale deployment of Solar Energy Systems. Not only this, to achieve grid equivalence by 2022, it also assists domestic production of critical raw materials, components, and products.

The Government as a part of this mission has initiated a subsidy scheme to help individuals and organizations procure these Solar Energy Systems at reduced capital costs. India currently has over 1.2 million homes that run on solar energy and from the actual current target of 20 GW, the government has also multiplied its target and aims to achieve 100 GW of solar capacity.

In the midst of all these, you must be wondering about the advantages of the solar power system in comparison to conventional forms of power. Let’s have a look at few points which demonstrate the immense benefits of solar energy.

Despite 72 years of Independence, electricity in the remote areas of India has not yet reached and in most of the township area, power failure for several hours a day is still an issue affecting normal as well as businesses. But not anymore, say goodbye to load shedding and power cuts, by installing solar panel racking systems in your houses, as the sun shines in almost every part of India. However, you can guarantee of uninterrupted power all through the year at absolutely zero cost with just a minor one-time investment.

As we all know, sunlight is the essential criteria of the solar power system, and India experiencing 300 days of sunshine makes it the cheapest form of energy available in the solar market. However, the only cost in solar energy is the initial investment which you need to make while setting up the necessary equipment. Once this is thru, you become energy independent by turning down the foreign imported fuel, eliminating electricity bills and energy cost by going solar. Additionally, the money that you save on power bills will ensure that the value of the solar equipment will get recouped in just a few years.

Most of us while purchasing any product often come up with a question whether it is useful or not for my needs. May it be a businessman or a homeowner we always ask this question to themselves. So is solar power system used for your needs?

Well, to let you know it is the most affordable solar power which requires zero maintenance and most of all there is no need of spending anything extra on maintaining these solar panels racking systems. Moreover, there is no need to frequently service or keep your solar power plant, as it consists of a simple mechanism that includes panels, generators, and batteries.

We all are aware of the damages caused by burning dirty sources of fuel with the rising global temperatures and pollution. However, unlike conventional sources of power, there is no need to burn coal or other fossil fuels, as solar power system purely functions in the light of the sun. Thus, by installing the rooftop solar system or ground-mounted solar, you not only save the money but also be a part of better future generation by reducing the carbon footprint and protecting the environment.

Several subsidies and schemes by the government

Nowadays, the government is actively promoting this form of clean, renewable energy, which is another significant benefit of installing a solar power system. As a result, the Central, as well as the state government, has declared several subsidies and schemes for those that adopt solar power solutions. However, these schemes in the long run help in reducing the financial burden of installing a solar panel racking system. Not only this, but it also contributed towards the government’s goal of bringing power to every Indian.

Hence, the renewable energy – Solar Power System is the most efficient and affordable form of energy. SaveGeo Energy provides efficient state-of-the-art rooftop solar power solutions to help organizations and homeowners reduce their carbon footprint in a cost-effective and eco-friendly manner. Not only this, but it also offers ground-mounted solar power solutions designed and engineered based on the client’s site-specific conditions. Our solar services include everything to power your infrastructure with clean solar energy. From residential communities to business hubs to manufacturing units, SaveGeo delivers turnkey solar projects for sustainable energy sourcing.